The entry hall in my house has been a test bed for home monitoring cameras for years. I like to be able to record people coming into the house and see what's going on around the front door. Anyone with a family and occasional babysitters will understand. So I continue to look for simple, robust video-monitoring solutions, and vendors keep obliging by improving the state of the art in home remote cameras. The latest: Two interesting and very different products, Avaak's and the Astak.

Both are very easy to get up and running, and neither require monkeying with arcane router settings to get offsite access to the video streams--something that can be a problem with the Panasonic cameras that I otherwise favor. (I've also tried the Logitech system, and find it quite good.) The Vue. Rafe Needleman/CNET The Vue The Vue is the most unusual remote camera I've seen.

The product is unchanged from my, but I had a chance to experiment with the shipping version recently. The big benefit of the Vue: The cameras are tiny, battery-powered and thus completely wireless, and the system is extremely easy to set up.

You plug an included controller box into your router or switch and tuck it out of the way, and then you can place the cameras anywhere in your house on their clever little stick-on magnetic dome mounts. The standard kit comes with two cameras. The Vue is great for monitoring a location but there's a big downside: The cameras don't have motion sensors. If they did, the batteries wouldn't last. 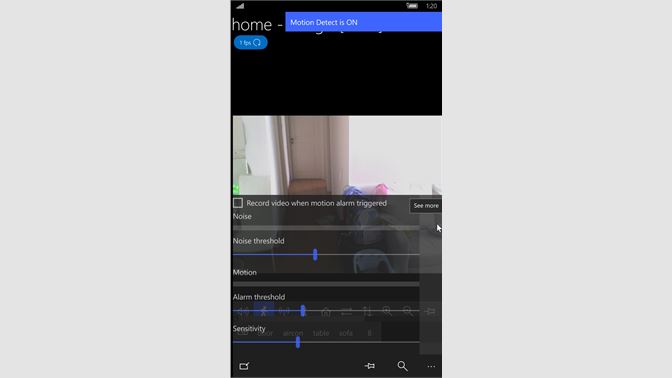 So you can see what's happening when you want, or record images on a schedule, but this product doesn't work as a security camera. It is very easy to share the output from a camera with friends, though. A two-camera kit is available now for $299. This is a single camera for $299, but unlike the Vue cameras, this unit must be plugged in for power (it has Wi-Fi as well as Ethernet for connectivity). Microsoft visual studio 2008 express portable full version free software downlo. It can be panned and tilted by remote control over the Web, so one camera can see more than two Vues in some setups. The Mole also has infrared illuminators for low-light capability, and a microphone, so you can see and hear what's happening at all hours. Since the camera is always on and can see in all conditions, it can also watch for motion and perform actions--alerting you and recording video and stills either to the Web or to its own memory card--when it detects movement. It even has a speaker so you can talk back through the camera. It is black and industrial-looking, however, befitting its name --not so great for installation in a nice white-painted hallway.