A Subreddit covering the WC3 RTS community. Do not post about WC3 custom games here. If your submission get's stuck in the spam filter message the moderators. Featured Live Streams Name Viewers 3304 2267 293 134 Schedule Date Event // // Yule Cup - Qualifier - Day 1 Yule Cup - Qualifier - Day 2 // Yule Cup - Group A The Basics - In-depth guide to 3rd party servers, tools, guides and more Leagues and Tournaments -Coverage of all tournaments worldwide European & American Tournaments Russian Tournaments (English manual) News and Replays covering all WC3 news (German) extensive WC3 site (Chinese) and Streams and Videos Warcraft Streams at //. Not sure if this is the right place to post this since this subreddit seems to be more online focused, but here goes. I bought Warcraft 3 a few days ago as my first real introduction to RTS and I'm stuck in the Undead Campaign. I can protect Kel'Thuzad while he summons Archimonde down until the last minute, when the giant enemy force proceeds to just wipe me off the face of Azeroth and send Kel'Thuzad with me. 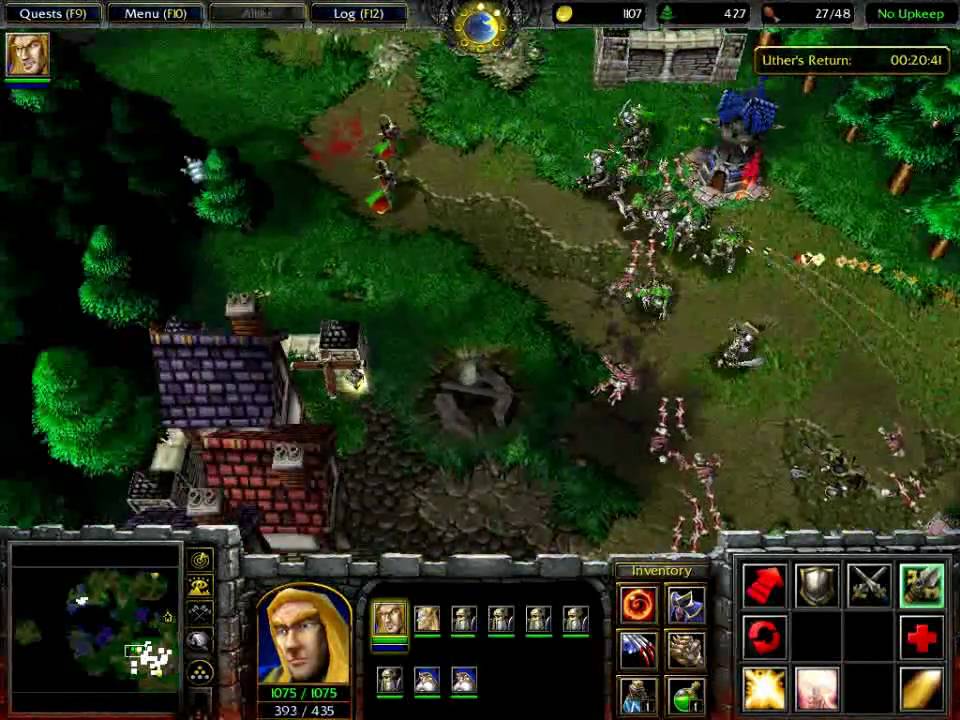 I'm playing really defensively, building lots of spirit towers and focusing my combat units to Crypt Fiends and Abominations, with Arthas and the demons that Kel-Thuzad summons as well. I can't figure out if I'm doing something wrong or its just inexperience. Edit: You guys had some great advice! I went back and tried again today and won on the first attempt, using a bit of everything.

Thanks a bunch! 2 tips that might help Take the expansion point close to you (the goldmine that a shade can discover, it spretty close and significantly boosts your economy) In the middle of the shallow lake there is a Lvl 10 archmage with a lot of sheeps, try to kill the archmage, the sheeps and the tent cuz IIRC you get a powerful item from there ALSO, mass crypt fiends, the only other units you need Kel'thuzad gives to you (AKA demons to tank and kill the heavier units like the knights), remember that Death Coil heals both Undead and Demons • • • •. Try to micro them (if one is getting focused, bury it) also, because you don't have orb of corruption, tanky units like knights will take forever to focus down, luckily, you get the infernal which will just mess them up, try to use the felhunters to dispose of mana using units (they are pretty good at eliminating those annoyances) PS. If you get the expansion, the AI will attack it fairly frequently to the point where a couple towers wont work (tanks), so you have to be ready to move in with a couple infernals/whatever counters what they bring best (aerial = fiends, normal ground = infernals, mana using units = felhunters) • • • • •. You probably won by now, but the trick is to not actually go for the enemy bases, which you can but it will be ultimately fruitless aside from maybe killing off a couple keeps or something. Definitely use Fiend with Web ability and make sure to max you upgrades to their attack and armor, and then what I like to do is also to make about 4-6 Frost Wyrms witht he ice breath upgrade and keep them hovering where Kel is until about the last 5 mins.

Do go get all the goblin landmines that get pinged out early, and lay all of them in close proximity to Kel, just down the ends of the ramps and at the top of them, essentially prepping for that last minute. Also spirit towers is right, but you need to get like 4-5+ on each side, and honestly the left side needs the least, that is, until they start sending the tank things to pummel buildings down quickly. Another tip is also that early on you should probably be keeping yourself in No to Low Upkeep range so you are getting the MOST out of your gold mining. It's not until about 10mins that you really need a full army and to have decent sized groups built up on each of the 3 sides.

The attacks are also scheduled so you can use that to your advantage (i.e. The computer always starts with the first attack on the right side, then next comes the middle attack, etc etc, and if you nail down the pattern you can better protect things. Another trick is to keep those acolytes at the 3 ramps stationary all 30mins. Have them instantly start repair whatever spirit tower takes heavy fire anytime an attack comes in, and then have whatever units you have stationed there attack and quickly call your hero and it's group to run over and aid. Obviously it gets harder in the final 5 mins and your hero and it's group cant be everywhere at once, but honestly you should be able to clear them fast enough to go aid another side before it completely crumbles. If a spirit tower dies, build another zigg and get it back up ASAP. Also do get that +5 armor ring from the archmage in the center like the other guy said because you will want to throw your hero into the fray more often than not and heavily rely on him taking the most dmg and always remember to ressurect dead when you see a fair number of units have fallen.