Jeremy Spencer, legendary singer, guitarist and founder of the original Fleetwood Mac (remember that when he became a part of the group, the bass player still wasn't. Sheehan has won the 'Best Rock Bass Player' readers' poll from Guitar Player Magazine five times for his 'lead bass' playing style. 'The Phantom of the Opera' 25th Anniversary Celebration box set. 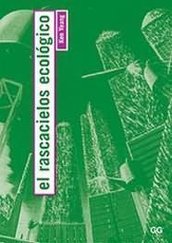 Covers of the book 'The Phantom of the Opera 25th Anniversary'; Box-set insert including text titled 'The Phantom Phenomenon'; Reproduction of 1986 Opening Night Program. (photos: TheHopefulTraveler) First of all this set does not contain a CD or DVD/Blu-ray recording of the 25th Anniversary Celebration at Royal Albert Hall that was beamed live to movie theaters across the country last month. With that said, this limited edition collection will delight fans of the 'The Phantom of the Opera' and composer Andrew Lloyd Webber. 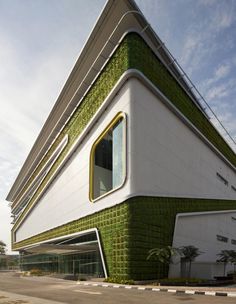 • Exclusive Medallion mounted on numbered mini-certificate. • Exclusive web access to download one of the eight international cast recordings of the musical. • Handsome box packaging and gatefold 'The Phantom Phenomenon' insert.

Five disc collection and limited-edition medallion. Pages from 'The Phantom of the Opera 25th Anniversary Edition' book: The auditorium of the Las Vegas production. Those who already own the recordings of 'The Phantom of the Opera' and 'Love Never Dies' may not see the need to purchase this set. However this limited edition box set appears geared toward the true collector of the show.

The book by Heatley offers an in-depth history of the musical from London to Broadway to feature film and its worldwide popularity. It serves as an extension of the. The reproduction of the London opening night program is like stepping back into time as one flips through the pages and sees the photos of all the major players 25 years ago along their bios. Even reproduced is the advertising (e.g. An ad heralding the 2nd Sell Out Year of 'Les Miserables' at the Palace Theatre).

The footage includes two interviews with Lloyd Webber, one made before the opening of the 'Phantom' and the second during the London run and also features Sarah Brightman. The third is a news report of the Phantom phenomenon after the Broadway opening. The remaining contents on the DVD have been available elsewhere including the 'Phantom' songs performed at Lloyd Webber's 50th birthday celebration from 1998 which includes the Phantom Overture, 'The Phantom of the Opera' (Antonio Banderas & Brightman), 'All I Ask of You' (Michael Ball & Brightman), 'Music of the Night' (Brightman). Also previously released but included here are the music videos of the singles versions of the title track (Steve Harley & Brightman), 'All I Ask of You' (Cliff Richard & Brightman), 'Music of the Night' (Michael Crawford & Brightman) and 'Wishing You Were Somehow Here Again (Brightman). Some will balk at the box set's price tag.