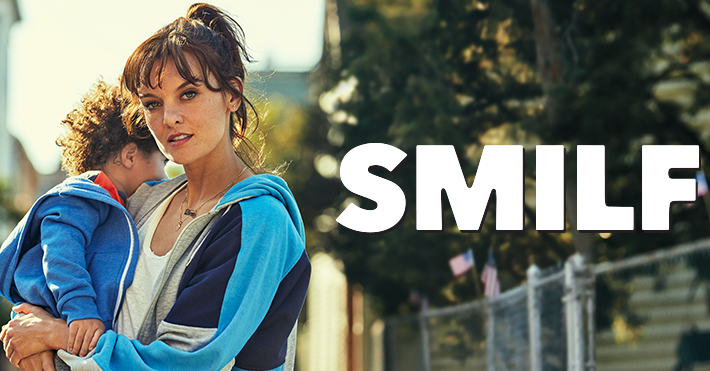 Is a comedy series created by Louis C.K. And Pamela Adlon. And it’s pretty good (so far). The pilot introduces us to Sam (Pamela Adlon), a divorced actress raising her 3 kids in LA. You’ve heard the saying: “There’s nothing new under the sun.” The premise of this show fits that, however, it’s a nice remix of the “bad moms” formula. To me, Sam is off-color.

To you, she might be exactly what your mom was like growing up. She’s open enough about talking to her daughter about smoking weed and having sex. She wants Sam to get her some organic weed. That is, she’s pretty open about her daughter hiding those things from her.

Sam has no desire to hear about it. An “ew” exits her mouth as her daughter says that she should be glad she wants to talk to her about those things. Although it seems like Sam doesn’t care, she really does. Remember: she’s an actress. And keep in mind that Sam is Adlon. It’s inspired by Adlon’s own life, so I am sure she is in the writer’s room trying to keep a good balance of her wanna-be cool Mom moments and super-sweet tender moments, the sweetest of which is when she tucks her daughter into bed burrito-style and falls asleep next to her, upon her daughter’s request.

What’s interesting is that after this tender moment, Sam finds her older daughter high in her room with two friends. She is obviously peeved but says nothing. As an LA resident, I can attest to how easy it can be for anyone to score pot. I mean, maybe that’s everywhere, but especially here because we have dispensaries, so there’s no negative stigma attached to it anymore. I’m not sure whether we have “organic weed” here, but it sounds very L.A. I assume it will replace kale as our staple greenery.

Back to what I think is interesting – Although Sam was peeved, I am trying to figure out whether she was peeved because of one of two things: 1). Her teenage daughter got high and snuck her two friends into the house or 2). The weed she smoked wasn’t organic.

Knowing Sam for only 30 minutes, I would guess a little bit of both. Organic weed sounds nice. Sounds like the future, and Sam is all about that. Maybe she’s regretting not being open to getting that for her, maybe?